We are a group of debunkers who is fighting against all Facebook hoaxes. It’s quite impossible to remove all the hoaxes from the social network, but I think we can start from the most horrendous: the “Sick baby hoaxes”. Some contemptible individuals stole pictures of sick children and created vile hoaxes with the lie that Facebook is going to donate money in exchange of sharing or liking the photo.

In Italy, we have been fighting for more than one year against the following hoax:

The message in the caption notes:

“His name is Marco from Padova. He’s suffering from lymphoblastic acute leukemia and he could get well with an experimental drug named Ponatinib. Unfortunately his family cannot afford the drug needed for his therapy. The research institute Mario Negri made a plea to Facebook to help this poor child. Mark Zuckenberg agreed to donate 0,45 USD for any share of this picture. Please share if you have a heart!”

Of course, the message is a disgraceful hoax. The depicted child’s name is not Marco, but Chrissy Nelson. Chrissy suffered from leukemia in 2003 and died in 2004. Mario Negri Institute also dismissed the rumor.

This post is NOT harmless. Chrissy’s parents (dad’s timeline and mum’s timeline) are on Facebook and they might see their daughter’s photo used for a vile hoax.

For more than a year we’ve been trying to remove all the instances of this photo by reporting to Facebook and by persuading the users to remove the post. Some Facebook users are uploading new copies and generating hundreds of thousand shares.

Please, is it possible to remove all the instances of this photo using an algorithm? Would be fine also to take down or to block for a certain period all the timelines who are posting this photos.

We are trying to massively report all the instances but they are very hard to remove.

Thanks in advance for your cooperation. 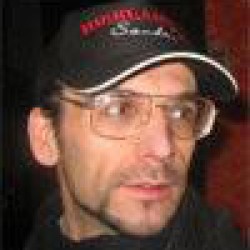